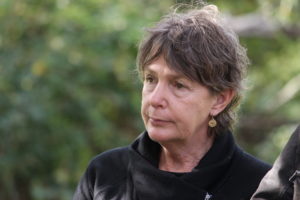 My work is always about people, their habitations and their things; I make portraits about the real or imagined history of places and of people and I assemble installations attempting to distill something the subject. I collect tools, culinary implements, measuring devices, combs and brushes; all of these things relate to some kind of repeated human activity. These sounds and the rhythms of these activities are part of everyday life and the ordinary objects we use to order our world My intention is to transform a known and ordinary thing into something new and not previously imagined.

Boris Hunt has coordinated many community Land Care projects around Lithgow working with young unemployed participants. He is presently Director of Ironfest, he is also very talented musician with vast experience of public performance. He has lived in this area for many years and is active in local political issues. His composition for the Explorers project is titled The Transit of Beeness.

Anne Graham Bees, The Beehive Lady and The Beehive Observatories, with music by Boris Hunt titled The Transit of Beeness

The Transit of Venus, observed at the Woodford Academy occurred in 1874. The house was then owned by Mr Alfred Fairfax, a wealthy amateur astronomer. A Schroeder telescope owned by Alfred Fairfax was used to make observations of the Transit. There were seven observers present for the occasion: P. F. Adams Surveyor-General; Hirst a well known amateur astronomer; Mr. Vessy of the Trigonomical Survey; Mr. Du Faur of the Survey Department; Mr. Bischoff the photographer and two unnamed carpenters. The telescope was set up in a Beehive Observatory in the grounds of the Academy. 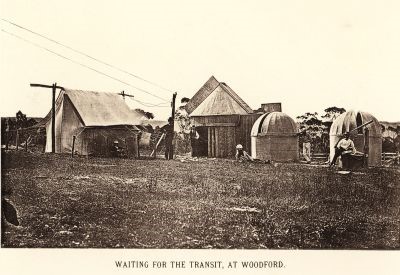 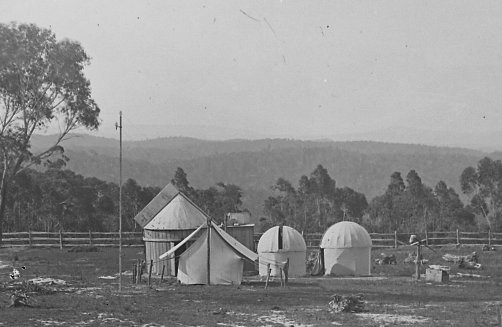 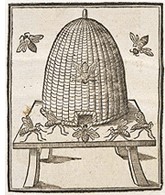 The design of the Beehive observatories was based on the traditional shape of a skep hive, hence the name.

In the kitchen of the academy I discovered a beekeepers veil, and in the archive there exists a photograph of the daughter of the house wearing this item. So clearly bees were kept at Woodford, honey would be a vital source of sweetness.

I enjoyed this odd conjunction of an observatory, where the movement of the planets was observed, alongside the dance of bees in the garden, as they mapped and traced the source of pollen, this intrigued me and I began to explore other sorts of mapping that were occurring as the Blue Mountains opened up.

I made a version of the beekeepers veil and photographed my daughter in law wearing it.

I am also making a replica of the Beehive Observatory to be placed in the bakery where I discovered the original veil. A Photographs of Ellie will be in the kitchen plus reference material relating to from astronomical observations and early maps.