Much of the work Darkroom has produced has responded to ideas about the subjective nature of personal and social histories and narratives. 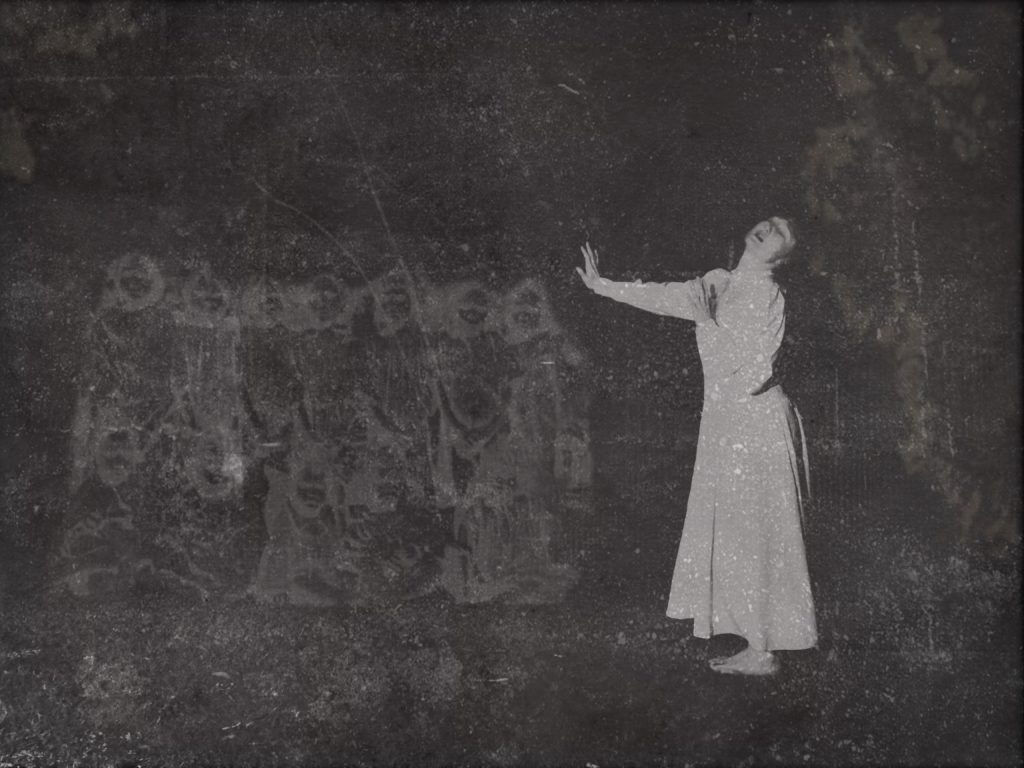 The first collaborative series, The Glenn Meringuey Project explores the lost history of early Australian Cinema. It interrogates a perceived history of Australian Cinema and in particular the role of women in that history through an ongoing series of multi-disciplinary works.

Much of the early history of Australian Cinema has been lost due to the instability of early film stock. It has forced an approximated history to be written around the medium based on secondary source material that has survived. Tantalising snippets of corroded moving images are supported with more stable documentation and personal accounts. This has lead to large forgotten gaps in Australia’s collective perspective of its film history, which has been overshadowed by the more mythic re-representations of Hollywood’s role in the development of cinema as a culture.

The series began with the exhibition of a number of “artefacts” and collectible memorabilia from the career of the forgotten movie Siren Glenn Meringuey. It included movie posters, autographed lobby cards, postcards magazine covers and some personal objects. These weathered and random objects provided a tantalising but unclear perspective of Glenn’s career and life that required the viewer to create their own unresolved narratives. 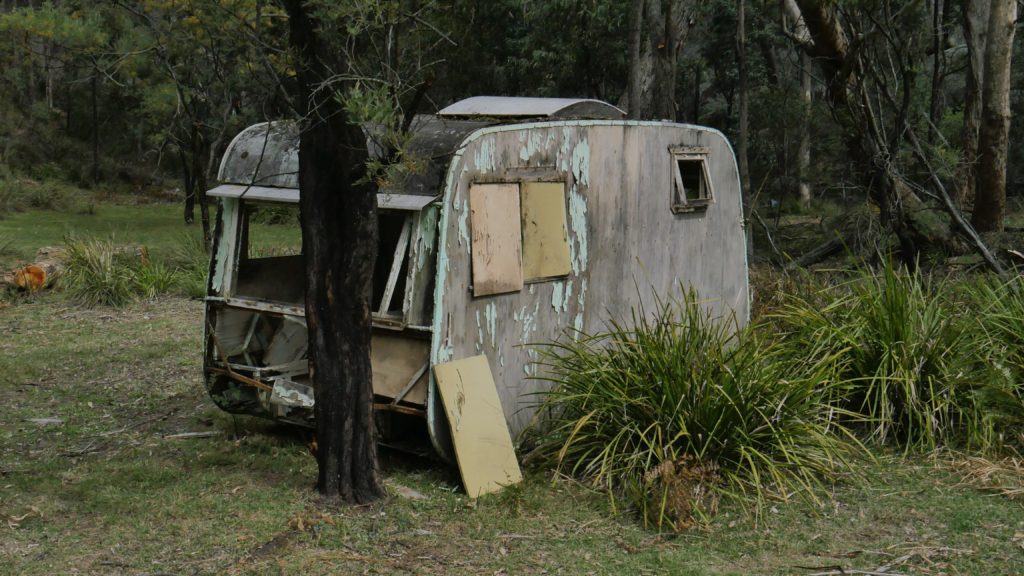 The project expanded to include the onsite exhibition of Glenn’s “Star Trailer” caravan discovered in a paddock near Kandos in NSW.

The third significant stage of the project were two residencies at Bundanon NSW and at The Joan in Penrith NSW which culminated in a multi-media theatrical performance.

This Project is ongoing. 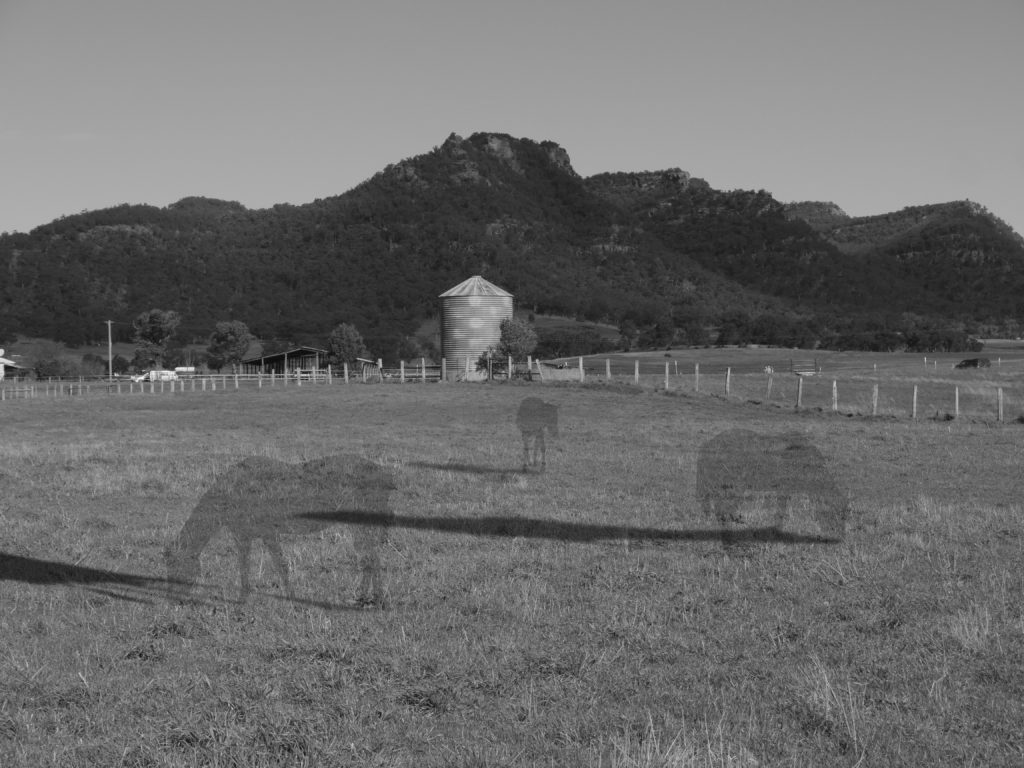 The Bylong Project emerged from a series of weekend workshops and engagements with the local community of Bylong. The Bylong valley community requested the engagement of artists to respond to the major impending displacement due to the construction of a large coalmine, which has divided the community.

The Bylong community has a long history of human occupation, from its significant indigenous history to its more recent but also significant European farming history for which the area is well known.

The work focussed on a number of locations within the valley. A small weatherboard catholic church and a large farm were the subjects of the first work.

Using augmented reality the proposal was to digitally reconstruct the church and the gravestones in the small cemetery all of which were slated for removal by the mining company which would effectively remove the physical history of the site. These 3 dimensional digital “ghosts” would haunt their location long after building, graves and bodies and earth had been removed. The farm location would have digital horses grazing in a long removed field as a reminder of the Horse stud that was once nationally famous for its Melbourne cup winners. 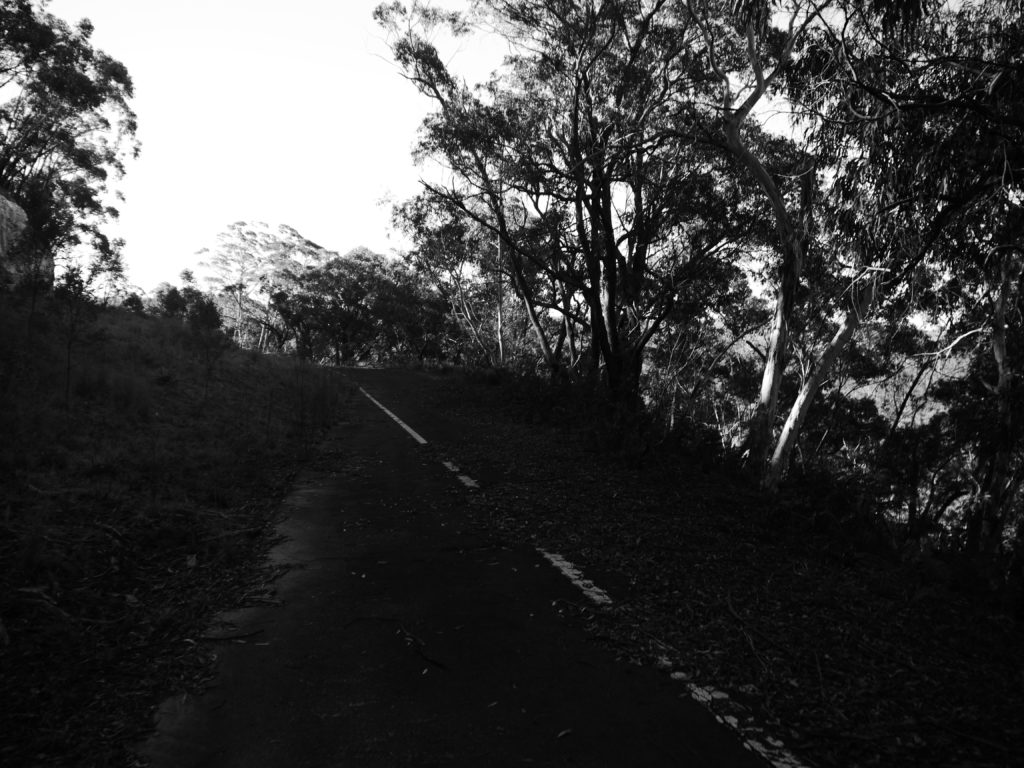 The third and current project for DarkRoom is the Catherine Collitts Project.

The murder of Catherine Collitts and the sensationalism surrounding the trial of her murderer and later her ghost became the subject of much mythology including a well-known poem by Henry Lawson. Borne of the story of her murder is the legend of a ghost that haunts a section of the Great Western Highway. Within the locality of the Blue Mountains and to the west, children and adults alike retell the story of the ghost of Hartley Pass. Ghost tours feature the ghost story and many a bus driver has titillated nervous passengers descending the steep and precarious curves of the Hartley pass with the story of the spectre. The grim details of the murder are retold with relish but the passing of time and embellishment of storytellers has distanced the story from the simple reality that the ghost of Hartley pass is the story of a tragically violent death of a young woman.

DarkRoom has attempted to unpack and separate the mythology from the facts concerning Catherine Collits and the tragedy of her death. Accessing historical documents provided by Woodford Academy we examined the court records of the trial in which testimony was given by both the prosecution and defence as to the sequence of events leading to the young womans death.

It quickly became clear that there were inconsistencies on both sides and that the real truth of the events of the night may never be known. So in an effort to connect meaningfully with some sort of human reality with the subject, a series of investigative and performative works were devised to create audience connection and possibly empathy with Catherine Collits. These works form the basis of the final work exhibited in the exhibition.

The second work was a series of still photographs that represented the idea of displacement in a more conventional fine art format at an exhibition at the Kandos project space.

Catherine Collits had not reached full adulthood when she was murdered. She lost her life and also lost the all the potential of that life including the rite of aging. Catherine would never live to see herself grow old, to mature fully into womanhood and beyond into the later stages of elderhood. So in an effort to acknowledge this loss Darkroom collected the grey hairs volunteered by other women, and will continue to collect grey hair to form a braid that will be symbolically presented to Catherine at the approximate location of her death. During the exhibition the braid will be on display.

Catherine Collits was murdered at soldiers pinch, which is a section of the Great Western Highway that in 2002 became a bitumen billabong as the highway was widened and straightened cutting it off at both ends. This now decaying section of Highway can be accessed from a rest area just to the west of Blackheath. If there is a ghost that haunts this section of road, it now does so without any regular human audience.

The area surrounding the murder site is non descript, an anonymous section of highway crumbling and overgrown, scarred by erosion and scabbed with dumped rubbish, rusting whitegoods and lumps of building materials.

A continuous 360 degree video was made of the site and audience members are invited to relocate themselves from the ladies parlour of Woodford Academy with the aid of google cardboard, headphones and a chair. The chair sits on what appears to be a relocated square of soil and tarmac and for a moment the audience can haunt the site on the lonely highway themselves.

On one of the weekends of the exhibition this chair will also be the site of a live performance by Carolyn Eccles which responds directly to the myth of the ghost.

Carolyn Eccles is a multi-disciplinary artist working across performance, visual arts and the written word. She has trained with Zen Zen Zo Physical Theatre Company, SITI Company and Strings Attached in Suzuki Method, Viewpoints and movement. As a young people’s performer she has toured nationally and performed at festivals including Woodford Folk Festival, This Is Not Art, Underbelly and the Cockatoo Island Comedy Festival. In 2015 she completed a Graduate Certificate in Arts & Community Engagement with a focus on physical theatre practice in regional areas.

Sean O’Keeffe is a practicing artist, filmmaker, teacher and writer. He works in a variety of mediums ranging from photography video, painting drawing and site-specific sculpture.

In 2015 he was commissioned to produce a major video work for Cementa 15 that involved local youth and the local theatre company.

In 2011 Sean was awarded a NSW Premier Teachers Research Scholarship, which enabled him travel to 7 countries in order to work with public program providers in some of the worlds great art galleries. These have included The Whitney Museum, MOMA and Eyebeam in New York, The Centre for Possible Studies/Serpentine Galleries in London, The Centre Pompidou in Paris and The Castella De Rivoli in Rivoli Italy.

Since 2012 Sean has been part of an ongoing annual residency in Palo Alto California.

In 2016 Sean and his co-creator and partner in the collective practice DarkRoom Carolyn Eccles won the Fishers Ghost Art Prize for Photography.