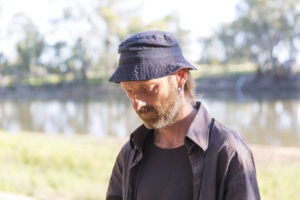 Michael Petchkovsky is an arts practitioner and resident of Hazelbrook in the Blue Mountains. His practice in contemporary electronic media stems from an undergraduate training in Jewellery and Object Design at Sydney College of the Arts in the 1990s. He has recently completed Master of Studio Arts and Master of Fine Arts post-graduate studies at SCA.

His work looks at meeting points between the sciences and the arts and culture. Combining the traditional materials and techniques of his early training with hand built electronics and computer graphics he explores the ways our tools and technologies both represent and affect our lives.

He finds it important to work with collaborative, grass-roots collective and community oriented arts projects and sees them as vital and dynamic components of a sustainable and inclusive society. He also finds employment in the arts in technical assistance, production management, and gallery installation roles. 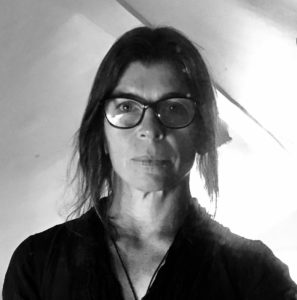 Emma Rooney is an artist and casual high school teacher. As a visual arts graduate from UWS in 1990, Emma worked as a tutor in visual arts at UWS for three years. After completing a Masters of Art at COFA in 1995, Emma completed a DipEd in visual arts in 2000 and has since taught in Blue Mountains public schools.

As a practicing artist, her past experience includes various exhibitions in Sydney including Perspecta ‘Frames of Reference’ in 1991 and various shows in Sydney, at the Mori Gallery, and also in Norway in 1997(as part of an artists’ symposium, where artists traversed a glacial landscape over 10 days). 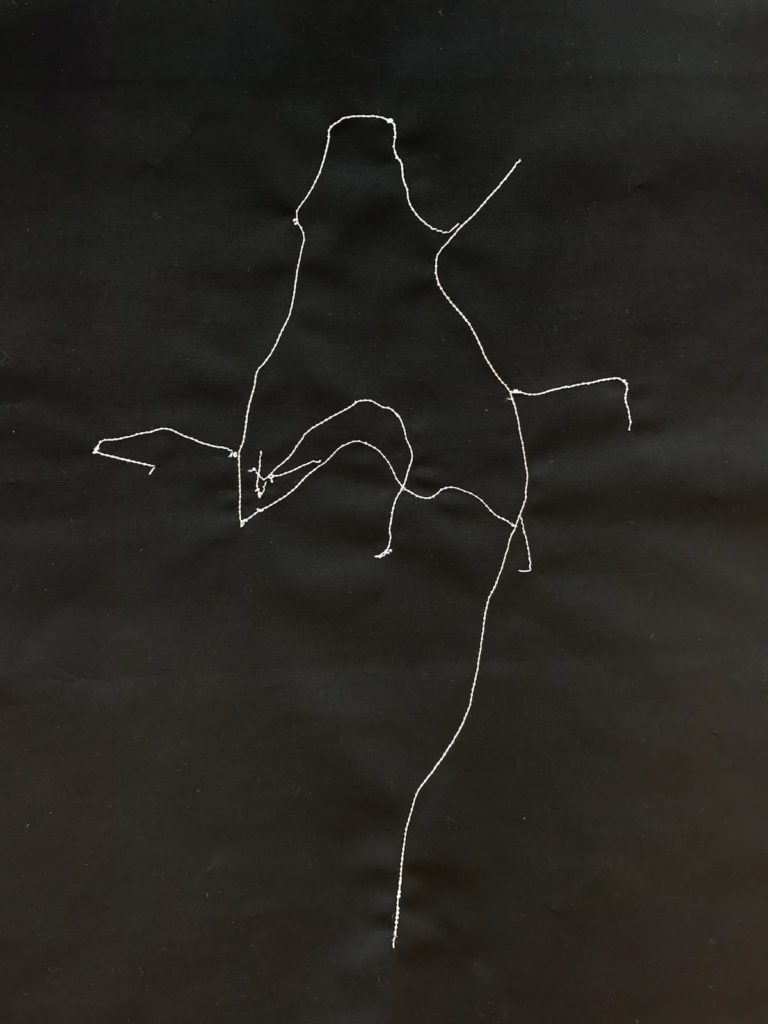 Walking the bush trails beyond the Woodford Academy stimulated conversations about the area and its significance. Both historical and personal memories and associations with various sections of the tracks. We are both local to this area and have spent time on these trails over the years, as individuals in separate time frames. By walking and revisiting the three waterfalls on the Transit of Venus Route, and a ruin half way to Paradise, a waterhole known to locals, where an old chimney still stands, we decided on working with specific elements or landmarks which we could then re-contextualise back into the Woodford Academy. By focussing on these sites, alternate, but very much echoing of the Woodford Academy and the surrounding area, we wanted to allow for histories, or stories, other than the dominant well documented histories within the building itself. But by bringing our work into the building new contradictions and resonances were discovered.

We have chosen to work with a ruin, the dwelling of gay couple who built a house out on the ridge beyond the Academy, as a place to live in freedom perhaps, during the 1940’s. By re-igniting the chimney with a fire, and videoing it, then projecting the burning chimney onto a wall in the Academy’s ‘World War I Room’, we wanted to bring a sense of life in the ruin, in contrast to the six dormant unlit chimneys in the present day Academy. Next to the chimney we found a part of a Singer sewing machine, a piece of cast iron with ‘SINGER’ embossed, which we have used in the space as carbon paper rubbings playing with words in relation to our felt sense of history in the Academy rooms. 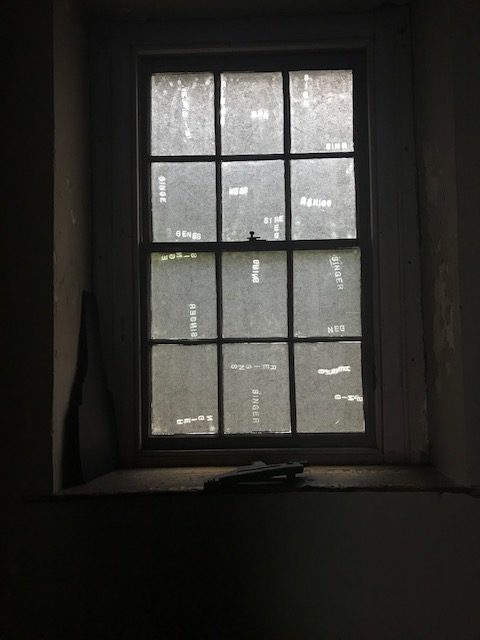 The third waterfall on the Venus track, known as Hazel Falls, seems to be the forgotten falls in the documentation of the Woodford Academy. A video of the third waterfall is projected alongside an installation of our tracked walks. Michael wore a GPS while we walked the trails from which a drawing of our walks has been re-imagined as a floor piece with a cord finger-knitted out of ink blue wool. This work is installed in the Academy’s ‘Entropy Room’ (informally known as this due to the fact it is not to be maintained like the rest of the building), it has a nice connection to the ruin on the Paradise track, which is slowly disintegrating into its natural surrounds.

The track line spills from a silhouette out of carbon paper of a pitcher, on the glass of the window, which seems to be pouring the line, the map of our trails. A pitcher as an object/vessel which would have been used in the Inn (historically on the Academy site), as well as in bedrooms as wash basin/pitcher. A lyrebird song which we recorded at the chimney site is an added transient soundscape with falls.

There are resonant elements between the works in these two rooms. The verticality of the chimney and ascending smoke, counters the vertical downward pouring line and falling water in the Entropy Room. The travelling lines on the floor allow the dispersal of these upward/downward motions, like the way stories can unravel into something other.

We were conscious of the traditional owners of this land, the Darug and Gundungurra people, as we walked and of the way we have imposed ourselves on this site. The Woodford Academy representing those colonial histories that are loaded with difficult and complex relations between people through time.

The Woodford Academy site is a locus point for the colonial history of the Central Blue Mountains, a stopping point on the highway route across the dividing range, and a contemporary site for the exploration of local social histories. In our collaborative approach to making site specific artwork in response and relation to the place we began from our personal histories of knowing the locality as residents of the surrounding villages of Hazelbrook and Woodford over the course of decades. In discussion we have become aware of our shared but separate histories of walking the pathways and fire trails that extend along the spurs and into the valleys transverse to the central ridge, the thoroughfare that is delineated by the arterial road that carries traffic from Sydney back and forth across the Blue Mountains on into the interior of the country. We are mindful of the complex of relations between the colonial project and the country it traverses, and of our own places within those complexes.

Both of us sensitive to the echoes of emotional and physical violence that attend with the historical invasion of this country, and to the lived experiences of those who have passed through and spent time in this place, we take a decidedly meditative and associative approach to our practice here. The Academy is replete with ghosts and tales of the capital exploits of a sequence of proprietors who have held title to the property since title was granted over the place almost 200 years ago. The work of contemporary social historians and conservators on site seeks to expand our understanding of the lives of those who have peopled the place, to find context and to shed light on narratives other than those of dominant social forces. 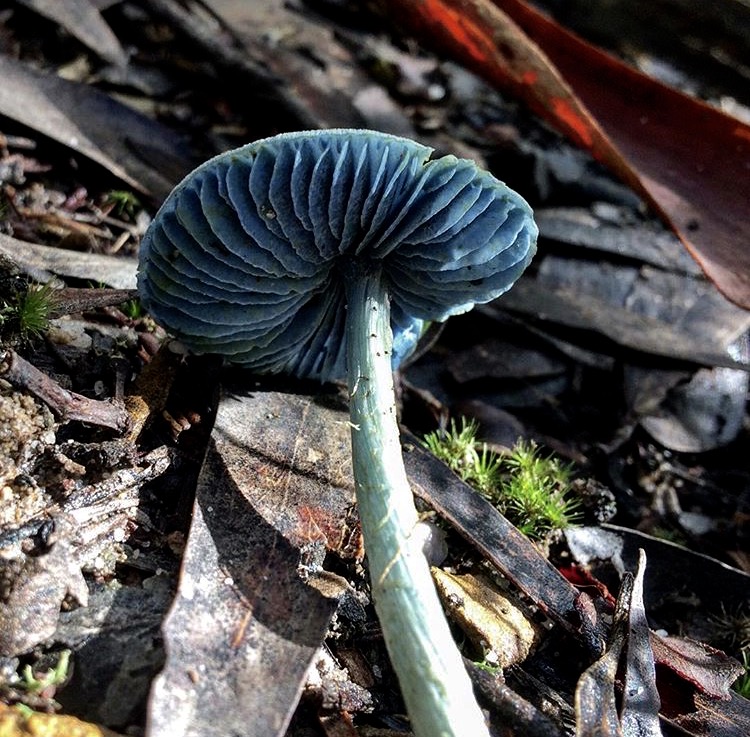 As we walk out from Woodford Academy through the flora and fauna of what are now Water Board and National Parks managed reserves, to the falls and the secluded ruins, “The Pink House” aka “The Nudist Colony” aka “John and David’s Cottage” we are re-inscribing our own footprints and attempting to sense the refugia that others before us have found on these paths. The boys of the Academy’s schoolhouse days as they took their morning jog and bath in what is recorded on some maps as “The Convicts’ Pool”, the waterhole at the base of nearby Mabel Falls on the Transit of Venus walking trail. We can imagine moments of wonder, happiness and psychic escape they may have experienced, from the regimented framework of their lives, amongst the ferns and rainbows of the fall’s ceaseless flow.

Isobel Bowden, a resident at the Academy when it was a boarding house in the middle of last century, an active community member who tended with care and attention to the social networks of her day would come out here to appreciate the native orchids that form subject material for her botanical paintings. And John and David, initials carved intwined in the rocks beside the garden of the house they built in the 1940s doubtless found solace and freedom to be when they would travel up here from suburban Sydney and take a turn off the highway route at Woodford to their secluded spot.

Relighting the fire in the hearth of John and David’s place, recording and re-presenting our trails and conversations, we are seeking to see through the sandstone edifice that filters our perception and to weave some of the warmth and respite we have encountered in our walking explorations back into the fabric of the Academy hub. 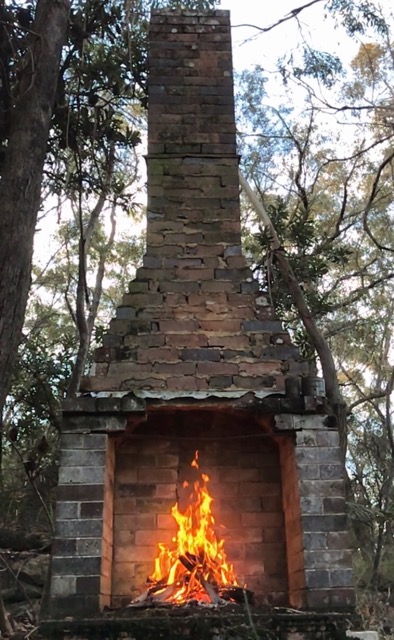