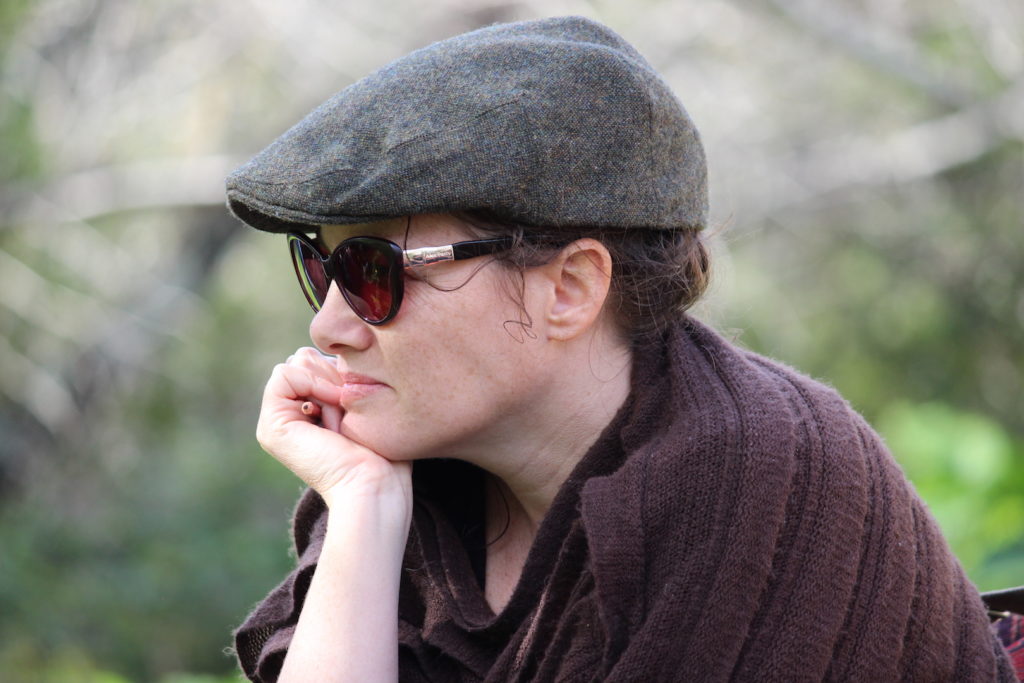 Sarah Breen Lovett is an artist and Postdoctoral Research Fellow at the University of Sydney in the Innovation in Applied Design Laboratory. Sarah has instigated and worked on many exhibitions, symposiums and publications at the inter-disciplinary meeting point of art and architecture. These have included the Expanded Architecture Series of Exhibitions recently published by AADR as a Bauhaus Edition, Cinecity Architectural Film, Palimpsest Performances, Modern Art Projects Art & Architecture and the Correspondence of Imaginary Places, an artist exchange project facilitated by Cementa and ABC no Rio in New York City.

My practice and research is primarily concerned with exploring relationships between the self and surroundings. Firstly, this stems from my background in architecture and a curiosity about haptic and habituated relationships to architectural assemblages. Secondly, this concern comes from my own interactions with the natural world and questioning how and why we prescribe significance and meaning to different aspects of landscape. I have utilised moving image, projection, installation, participatory performances and curated exhibitions that involve performance and site-specific works to explore these ideas.

In reaction to the historically dense saturation of significant stories surrounding the Woodford Academy site, this work acknowledges the void.

The void is the complete history of the site, such as: movement of the stars, air, fire, water and earth; growth of flora and fauna; occupation by Durug and Gundungurra people and post-colonial settlement; use for star gazing, ritual, gatherings, hunting, drinking, residence, education, relaxation, sanctuary and historicity; experiences of the sublime, happiness, infatuation, love, sadness, anger, fear and regret; and ……..

Rather than privileging one story over another, the work creates a contemplation space of everything that is known and unknown. In this way the void is a place of no-thingness, where no separate moment has identity, but where everything merges together.

This work takes the form of a circle, cast in an empty space in the grounds of the Academy. The circle is made from the bark shed by the large Eucalyptus tree at the front of the Academy. The bark is a shell that has departed from its life source and is in a state of temporal transference; it is in between being, leaving its perceived physical unity called ‘tree’ to being a fragmented entity called dust which returns to the earth, and ultimately returns to the void itself. 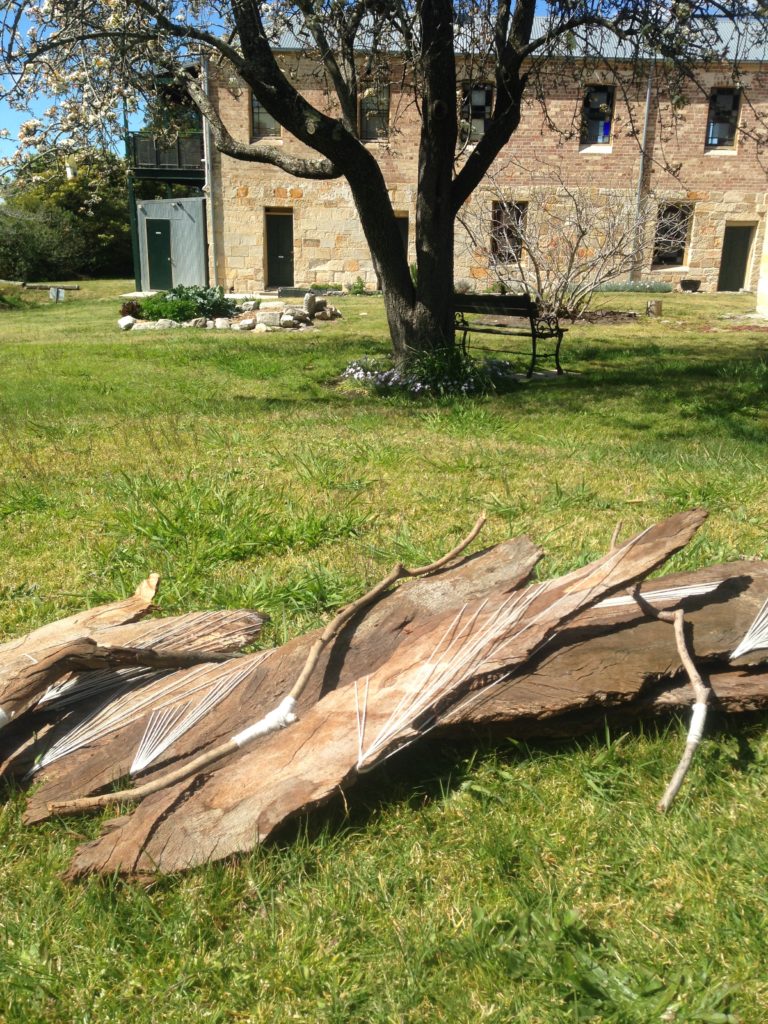 Each piece of bark is wrapped in string responding to its existing contours – a tracing of layers of history. The process of wrapping was done in a state of contemplation with mind emptied of all thoughts, apart from the task at hand. The wrapped pieces emerged from the making process with acknowledgement of the past evident in its language of new interpretation. 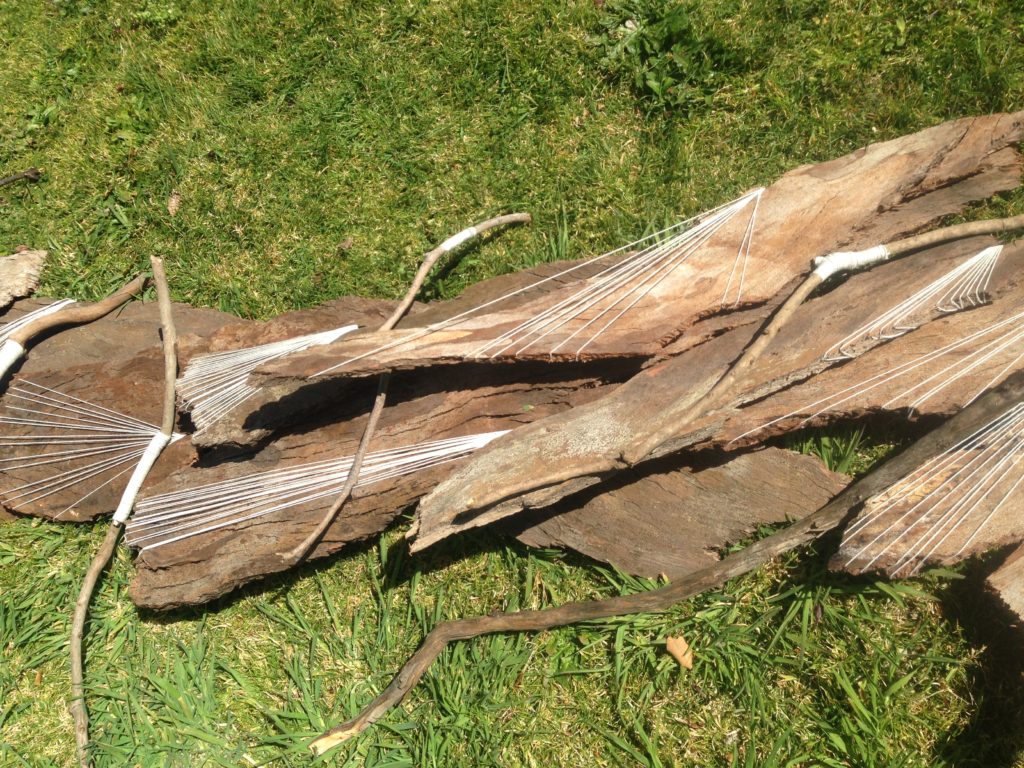 The bark pieces are laid on the site, wrapped lines interconnecting and weaving across the whole circle. Each axis of the circle is in relation to various aspects of the landscape, which are the silent witnesses to a million stories from the past. The circle is placed with a gateway open to the north that invites the viewer to lay within. Once within the circle, one can choose to listen my contemplation of the void, through a sound recording that was generated through meditation and free association on site in the circle; or connect to the void through one’s own mind.